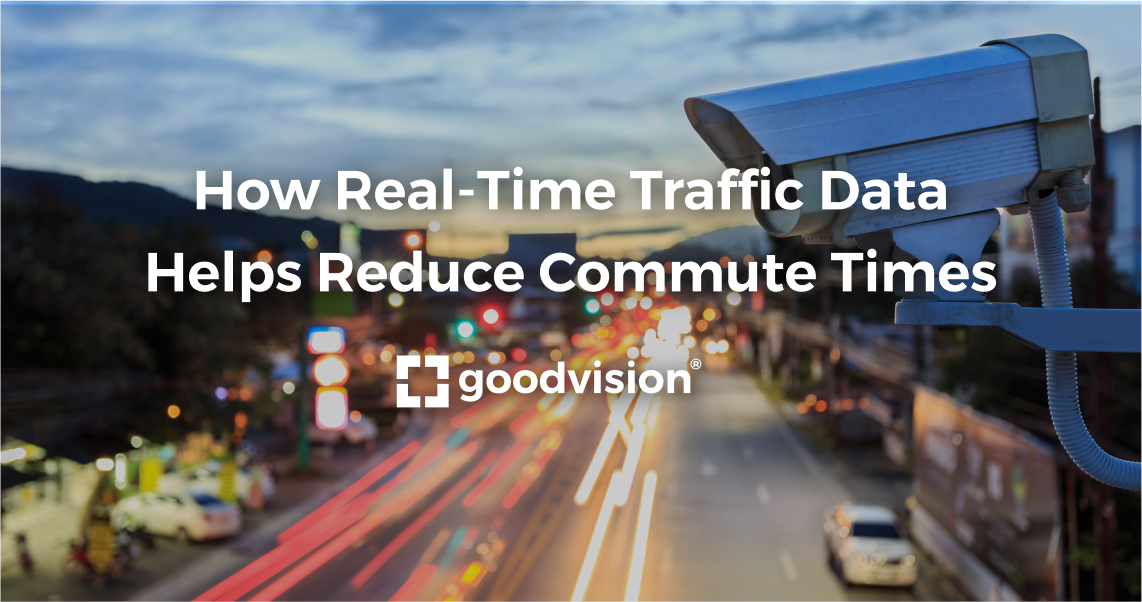 How much time do you spend commuting to work? For many of us, the commute changed dramatically (or disappeared altogether) in 2020. But now as life gets back to normal, many people are back behind the wheel for long commutes.

To predict what average commutes might look like in the near future, we can look back to 2019. That year, the US Census Bureau reported that commute times in the US reached a new high: the average one-way commute was 27.6 minutes, and 9.8% of commuters reported one-way commutes of at least one hour. But that’s nothing compared to other cities around the world. In Manila, Philippines, drivers spent an average of 257 hours in traffic in 2019.

The Not-So-Hidden Cost of Long Commutes

Few people are enthusiastic about commuting, and it’s no wonder why. Long commute times have consequences across the board:

Indeed, the cost of a long commute time for your city can be substantial. In a recent white paper, the Twin Cities and the state of Minnesota estimated that traffic congestion cost a whopping $2.6 billion per year.

Cities have increasingly turned to real-time traffic data collection to help decrease commute times and traffic congestion--with good reason. According to a recent McKinsey study, the implementation of real-time data into your city’s road logistics can help cut commuting time by upwards of 15%. 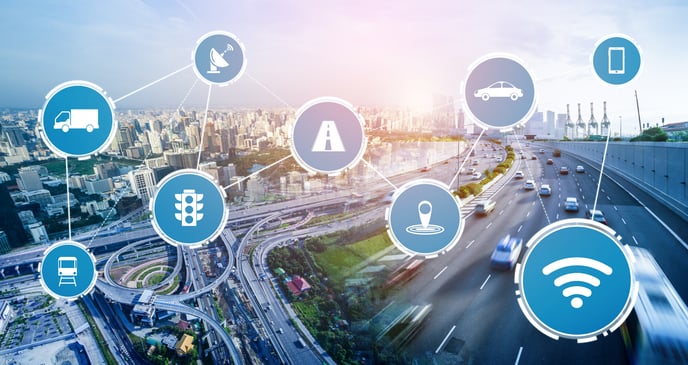 The biggest advantage of real-time data over conventional means of data collection is the speed with which you can make use of that data. Since it is gathered and processed in real-time, you almost immediately have access to it and can power whatever tool you want with that data.

Commuters will usually fall into a habit. They’ll take the same route, and they’ll learn to plan around the traffic patterns their route has as time goes by. With real-time data, however, commuters can use GPS tools that are powered with your data, like Google Maps, to find the best route for them at the exact moment they are commuting.

This is a tremendous advantage for commuters. Real-time data ensures that they are taking the most optimal path for their exact trip.  And it can reduce congestion as drivers are routed away from areas with heavy traffic, accidents, or other delays.

Parking is a big issue when it comes to commuting. Finding parking spaces in urban areas can be extremely difficult, and commuters can spend a lot of time looking for a free parking spot. Cruising for a parking spot is one of the most painful things for a city’s traffic. Cruisers will often drive slower than normal, stop at times when other drivers wouldn’t, and may even make sudden or unexpected turns to catch a newly opened spot.

Real-time data not only allows you to track traffic but also to track parking spaces. Giving access to an up-to-date resource for available parking spaces (like Parker) will significantly reduce the time they spend cruising for a spot. This will not only reduce their individual commute time, but it will also reduce congestion overall, which will in turn reduce general commute times. 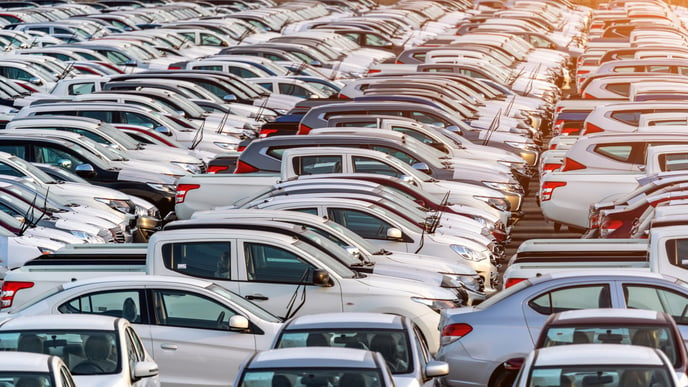 Having access to real-time traffic data is a big boon to your city in the short term. Because real-time data can be gathered and used so quickly, the municipality will be much more prepared to make fast decisions based on traffic data.

This can be especially useful in the case of emergency situations. Car accidents, sudden severe weather, and other situations will undeniably affect traffic in large areas and cause congestion. Conventional means of data gathering are in no way suitable for responding to these emergencies. A car accident can close up a road for a whole day, which is still less time than conventionally gathered data would take to be processed and actionable.

Not only is real-time data best for responding to sudden emergency situations, but it is also best at preventing accidents in the long term. Having real-time access to changes in traffic patterns, especially in dangerous areas like highways, means that municipalities can immediately inform drivers about sudden changes, preventing traffic accidents.

You can also use this data in the long term to track seasonal traffic patterns more precisely. For example, compiling years of real-time traffic data will help you better understand how traffic changes when going in and out of school terms. If your city goes through long winters with significant snowfall, being able to turn real-time traffic into large-scale data points can help you navigate both snowy seasons and normal weather better.

Setting up proper infrastructure for real-time traffic data gathering may have a significant upfront cost, but in the long run, it will only result in cost-saving for your city. The first thing is that real-time data collecting requires fewer human labor hours than traditional data gathering. Because the processing is also automated, human input is much less required at every stage of the process compared to conventional methods.

Another way real-time data gathering reduces costs is by making your city run more efficiently. Responding to congestions, emergencies, and accidents is extremely expensive for cities. Preventative measures will always be cheaper but also more effective at dealing with sudden problems. Real-time data is the only kind of data that can allow your city to be adequately equipped to both prevent and respond to problems in the most efficient way possible. By reducing congestion and accident rates, your city will be saving a lot of money.

The third perk is not as much about reducing costs as it is about making your city’s economy run more smoothly in general. Roads are a city’s lifeline, the arteries through which its life-essence flows. If you look at commuters as more than simple travelers and see them as economic assets to your city, then ensuring they move as efficiently as possible around town will, once scaled up, increase the economic productivity of your city. 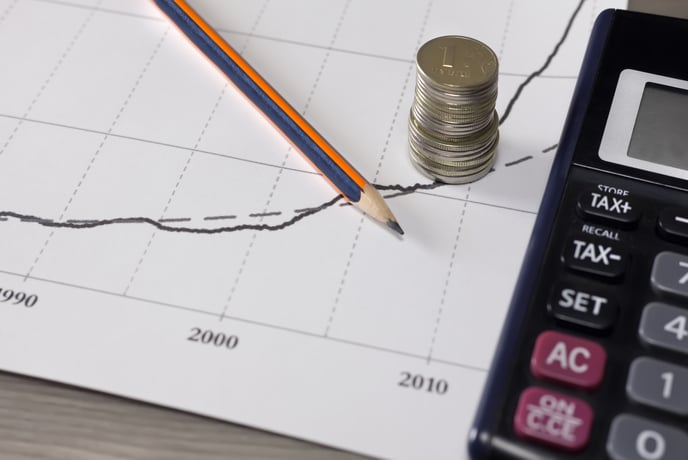 On the topic of economy, real-time data does more than just make your current economy function better. Setting up systems for real-time traffic data gathering can be a source of innovation for your city. By adapting to newer technologies, you will attract businesses that work with real-time data to your city and give them a reason to work within the municipality. Keeping your city at the forefront of technological frontiers will always foster innovations and developments from businesses.

With more space for economic growth and cost-saving, you can put even more resources into making your city even better. Real-time data helps city planners make better decisions when creating plans for urban areas. By having access to the precise data that comes with real-time traffic data, planners can be more precise when, for instance, deciding to enlarge a road. They’ll also have better insight into what time periods are best to close specific roads, to minimize roadwork’s impact on congestion. Not only does real-time data give urban planners more resources, but it also refines the existing data to be better used.

Real-time data allows commuters to track exact timings on their buses, streetcars, and trains, helping them plan their trips accordingly and not waste precious time waiting for their ride to show up. Apps like Transit make use of real-time data to offer commuters extremely precise estimations for trip times, as well as real-time tracking of buses on a map. Being able to offer this convenience to commuters will make public transportation much more reliable in their eyes, and will incentivize commuters to make use of public options more often. 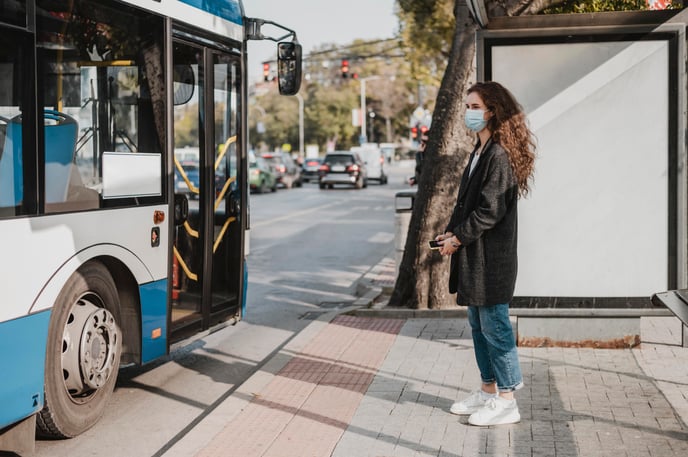 GoodVision and Telelink City partnered to bring real-time traffic monitoring to the city of Stara Zagora, achieving 97% accuracy. For more details, you can download our case study below.

Population Growth and Traffic Control: The Role of Real-Time Data

As of November 2021, the world population was more than 7.9 billion. It took more than 2 million...
Read More

Sustainability has been a hot topic over recent years, and for good reason. To protect our...
Read More

A revolutionary functionality is available exclusively in the GoodVision Video Insights ...
Read More