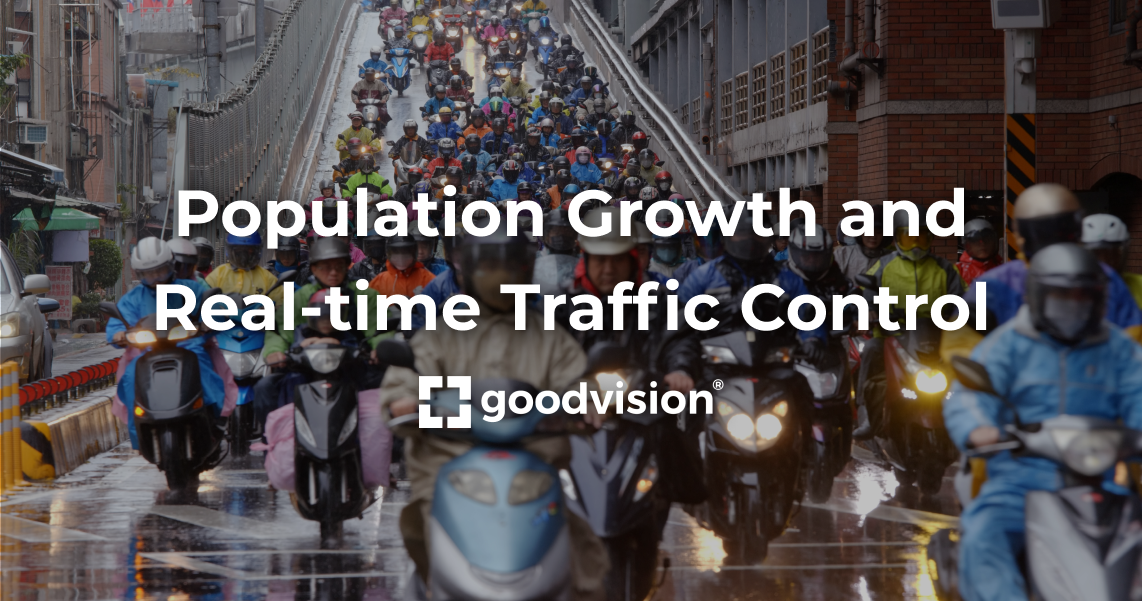 Population Growth and Traffic Control: The Role of Real-Time Data

As of November 2021, the world population was more than 7.9 billion. It took more than 2 million years for the population to reach 1 billion, and only another 200 years to reach 7 billion.

And that growth isn’t slowing down. According to the United Nations, the global population will reach 9.9 billion by 2050, representing more than a 25% increase since 2020.

That growth won’t be evenly distributed over the planet. On the contrary, research shows that the world’s population will be increasingly concentrated in cities. Consider these figures from the World Bank:

This kind of population growth has serious ramifications for city planners and traffic managers; in fact higher population often directly translates into more traffic congestion. And traffic jams aren’t cheap–according to INRIX, the cost of lost productivity due to traffic congestion is $87 billion in the US alone.

Traffic jams are only a symptom of underlying traffic management issues. Researchers have identified several transportation challenges driven by population growth that affect virtually every city. Some of these are objective:

Others are more subjective, such as lack of funding or legislative support for maintaining transportation systems. The Rise of IoT-Powered Traffic Control

The Internet of Things (IoT) provides the crucial underpinning for addressing these challenges. IoT-enabled devices can send data back to the traffic control center, or even to other devices, to ensure that traffic controllers have relevant, timely data to make the best decisions possible.

In the realm of traffic management, road sensors and traffic cameras are some of the most common and reliable sources of real-time data. But as we become more connected, our data sources have also multiplied. Today’s traffic managers might also bring in data from many other sources:

If you’ve dealt with Big Data before, you’re undoubtedly familiar with predictive analytics, which use both current and historic data to make predictions about the future. In traffic management, the most obvious application for predictive analytics is, of course, traffic modeling. Using real-time data like vehicle speed, gap acceptance, saturation flows, you can better calibrate your traffic models. Did you know that by using GoodVision, traffic managers have decreased the time required for traffic model calibration by 95% ? Poorly maintained roads can directly and indirectly increase the number of traffic accidents, and they also cause damage to vehicles, including buses and other public transport vehicles. Poor road conditions can also have other costs. For example, in the UK:

Typical road maintenance is done reactively, once a problem has already developed. This approach increases the potential for accidents and damage due to poor road conditions. But the data collected from road sensors and especially traffic cameras can be used to support a predictive road maintenance program, which is much more proactive.

Predictive maintenance is already quite common in manufacturing, where data from machines and equipment is used to predict when the machines will need preventative maintenance. The same principle can be applied to road maintenance. For instance, vehicle count data could be correlated with previous road repair needs, to help predict when a specific stretch of pavement might need repair again. Then maintenance can be proactively scheduled to prevent more costly wear and tear (and decrease the risk of accidents).

Like predictive maintenance, the digital twin has its roots in the manufacturing world. Simply put, a digital twin is a virtual replica of an actual object, which can then be used for simulations and other analyses. Savvy urban planners have started using digital twins to analyze the potential impact of various traffic control measures, along with predicting the future transportation behavior of a growing population.

What’s the key to getting the most out of a digital twin? Consistently updating it with real-time data. That data allows you to understand exactly what’s happening in real time, since the digital twin is always based on the “current state” of your transportation system. Then you can use the digital twin to run “what if” scenarios and see data-driven outcomes: Smart Cities have long experimented with various methods for reducing traffic congestion during peak hours, including the use of incentives and disincentives. On the one hand, drivers might gain access to a faster-moving high-occupancy vehicle (HOV) lane when they carpool. Such lanes, which can be used by vehicles with more than one passenger present, are highly beneficial in encouraging carpool between drivers, and thus reducing the number of cars on the road. On the other hand, drivers might pay a premium to enter the city center during peak hours.

Choosing the right incentive plan for your city hinges on having accurate data. And having real-time data allows you to make that plan even more dynamic. One example: reversible toll or HOV lanes, which are often closed altogether during slower hours. Real-time data can be used to assess when these lanes should be reopened, based on current traffic flow. Say that traffic picks up earlier than usual one afternoon, as workers head out for a holiday weekend. Real-time data would indicate the increased traffic flow and trigger the express lanes to open earlier, ensuring a smooth commute.

Ready to put real-time data to work for your city? GoodVision offers you the complete solution for making the most out of your traffic camera footage.

How much time do you spend commuting to work? For many of us, the commute changed dramatically (or...
Read More

How do you know you’re in a Smart City? Simply put, you’re not stuck in traffic. Smart Cities use a...
Read More

The Future of Traffic Management: Transportation Challenges for 2022

According to the UN, in 2009, for the first time in human history, more people lived in cities than...
Read More