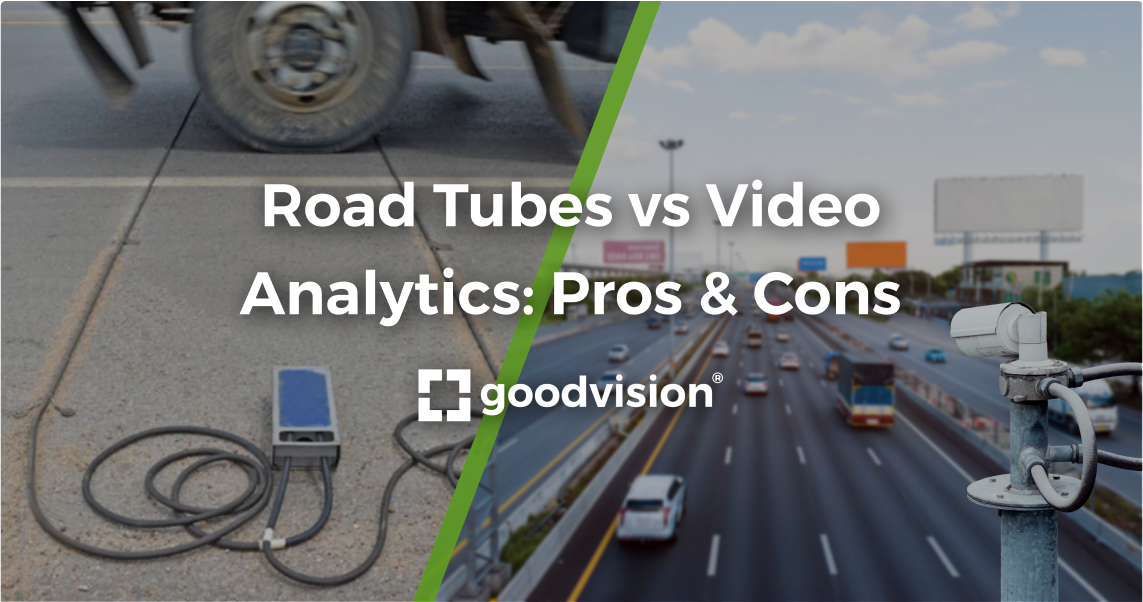 What Are Road Tubes?

Even people who aren’t in traffic management are familiar with those thin, black stripes that are laid across streets. You can barely feel them when driving over them, but they make a distinct sound when you do.

Road tubes are actually complex traffic monitoring devices, despite their modest looks. The tubes are filled with air. When cars pass over the tubes, they squish the air and push it to the sides of the tubes. This air pressure is measured and converted into data by a little box connected to the road tube.

The most obvious thing road tubes can measure, then, is traffic count. Every time the tubes register pressure, that means a car passed. You can gather data from your tube and see how many cars passed during a given period.

Let’s start with how to set up road tubes. The most common kind of road tube is a single road tube, laid down perpendicular to oncoming traffic. These ones work fine, but they are somewhat limited in the data they can gather.

Here are the basic measurements a single road tube can make:

With a single tube, you only get two measurements. Once when the front tires of a car pass, and once when the back tires pass. The other way to set up road tubes is by using two parallel tubes instead of just one. Double road tubes will offer slightly more data than single road tubes, i.e. speed. With two sets, however, you get four measurements. Twice for each set of tires. A double road tube can measure:

This is as far as road tubes can go, in terms of data collection.

The Pros of Using Road Tubes

What are the biggest advantages of using road tubes? Why do cities choose road tubes over video cameras still today?

The biggest reason that transportation managers choose road tubes is cost. Road tubes are exceptionally cheap to make. It’s just some rubber and basic circuitry at the end of the day. They also need no special space because you want them to be in people’s way by design. When cities are trying to be mindful of their spending, road tubes are a good option. But as with anything cheap, you get what you’re paying for.

The Cons of Road Tubes

There are a lot of drawbacks to using road tubes, though. Let’s go into a few of them.

Yes, tubes are cheap to make. But they aren’t exactly cheap to install. Licensing approval for placing tubes with local authorities is lengthy and costly. On top of this, deployment is costly, despite what road tube manufacturers would have you think. Repeated deployment and maintenance of road tubes also result in damaging roads, which will add extra expenses to municipalities. The only real cost benefit of road tubes is the tube itself. Everything surrounding the tube is not cheap by any means. 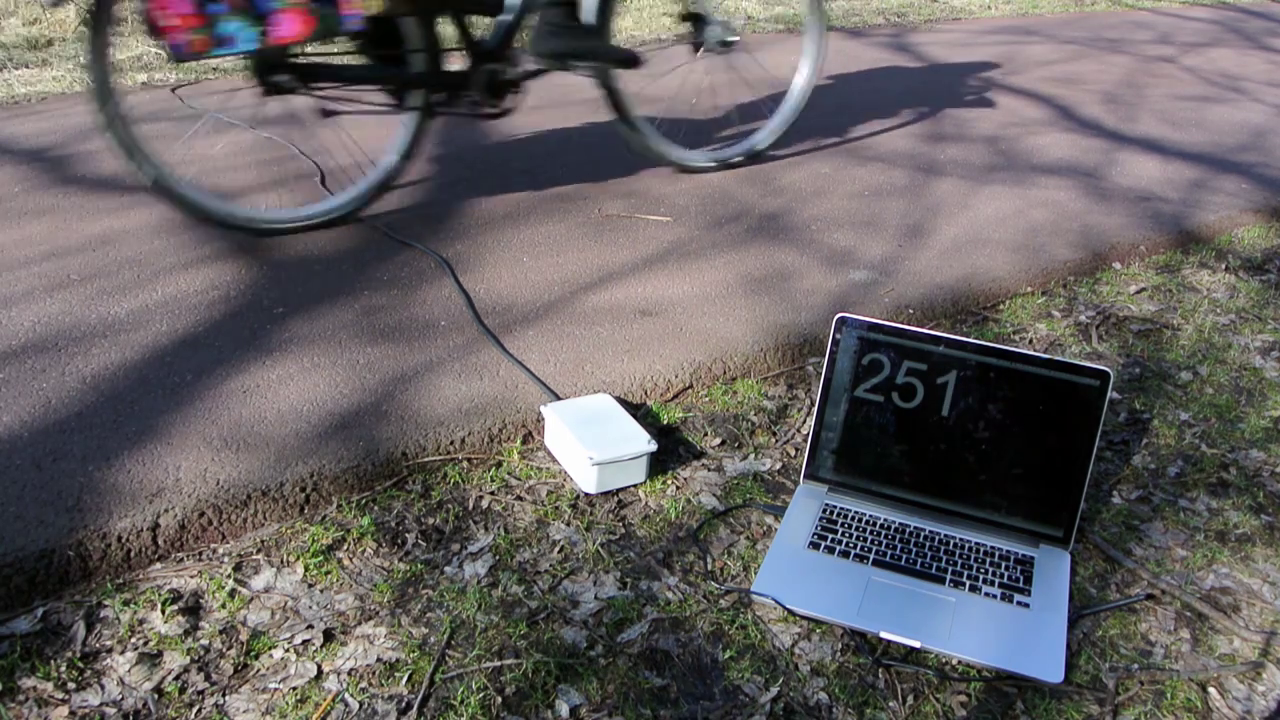 While they are cheap and easily replaceable, road tubes don’t have the most longevity. They’re just rubber tubes repeatedly getting compressed by cars, so wear and tear can happen pretty quickly. This is especially true if the tubes are laid out in a high-volume street, where a lot of cars will be passing.

So tubes will wear out quickly. That’s not a big deal, because you can just replace them, right? Well, the problem is that with tubes, you can’t really know that there’s a problem until you come and check them yourself. This means that a faulty road tube could go undetected for a while, and your data might be unreliable because of it.

Speaking of unreliable data, that’s not where things end for road tubes. Because of their analog nature, road tubes are very vulnerable to interference and confusion.

If some heavy object is placed on them, it’ll interfere with data collection. The signal can also get confused if two cars were to pass by each other on the road tube. This would mess up the signal and the data would be unusable. The same issue happens when vehicles are moving slowly, e.g. in the congestion - the tube might not recognize it.

Not only is this a waste of data, but it also puts more burden on you to process the data correctly. If you’re using road tubes, you have to make sure that your processing software is capable of identifying confusions or interferences in your data so that it can discard those measurements. Otherwise, you’ll end up with inaccurate data.

Road tubes give no visual data, trajectories, or turning movement data whatsoever. The best you can hope for is identifying a vehicle class, but that’s about as far as you can go.

This means that road tubes are really confined to exactly what they were designed to do. There isn’t much room to use them for anything other than traffic monitoring and gathering those few measurements they were made to gather.

The last problem is related to safety. When installing and removing road tubes, technicians have to enter roadways. In large urban areas, especially on busy streets, installation is done late at night to avoid disrupting traffic. This can be a safety hazard for technicians and late-night drivers as well.

Safety concerns around road tube installation and maintenance has led to their use being banned in some places. The city of London has banned road tubes altogether, and the state of Texas has banned their use for highway traffic monitoring.

With video monitoring, traffic cameras are used to gather video information on roads and streets. Most people are familiar with traffic light cameras, but cameras on the street can do much more.

The way these cameras work is simple. They record the street, and store footage, either locally or by sending it somewhere else. Let’s get straight into the advantages of using video footage for traffic monitoring. The Pros of Video Monitoring

In terms of data, video is the best we have available to us. Street cameras are one of the most important assets of the city. When compared to road tubes, they do everything road tubes do, and then some. Video monitoring can yield a host of valuable data:

As you can see, the data points are greatly expanded when it comes to video.

Not only is there more data, but whatever data is gathered from video analytics is usually more accurate. Cameras, especially when set up correctly, are much less vulnerable to noise and interference. A tree branch may get in the way from time to time, but generally speaking, video is much more reliable than road tubes.

For example, in addition to being able to identify a vehicle’s direction, cameras also serve to identify the exact path a vehicle took. Road tubes would have a hard time dealing with a car that is swerving or suddenly turning.

The best part about video analytics is its versatility. Footage can be used to analyze traffic, but it has so many other functions as well. In the event of an accident, cameras can be used to provide evidence of what happened. In general, authorities may need access to road camera footage for reasons that a city planner would not predict.

While setting up a camera is more complicated than a road tube, the extra effort can be worth it. Cameras are much less vulnerable to wear and need little maintenance if set up properly.

On top of this, cameras are much easier to connect to a network than road tubes. You’ll have a much easier time accessing your video camera footage from a distance than your road tube data.

The Cons of using Video Monitoring

The main con of video cameras is the cost. Cameras are more expensive than road tubes, even when you include replacement and maintenance costs.

Given the advantages that cameras bring with them, many cities opt to invest in video monitoring. To manage costs, one potential strategy is to use cameras in the most important areas of a city (such as those with the most congestion) and use less expensive monitoring methods elsewhere.

The only other true disadvantage of video cameras is the space they occupy. You’ll need to allocate more space for a proper camera setup. This can be difficult because to maximize efficiency, only certain spaces and angles can be used in a given intersection. In tight urban spaces, you may run into issues when trying to set up cameras.

So which solution is the best? The obvious choice is video monitoring. If your city has the resources to implement video monitoring, you’ll reap the many benefits of high-quality, real-time data:

Thanks to these advantages, cutting-edge cities are already implementing video monitoring systems. While road tubes might never be replaced completely, real-time video monitoring is undoubtedly the traffic management strategy of the future.

Ready to learn more about how to do traffic surveys more effectively? Register for our upcoming webinar featuring our partners from Traffic1.

No Traffic Control: What are the Costs

Real-time traffic control may seem like an imaginary pipedream if you've ever been stuck in rush...
Read More

In the past, all traffic data was collected and processed manually. Today, much of traffic...
Read More

Worldwide, urban planners are looking for ways to develop their cities, seeking opportunities for...
Read More